A few must-see places in Tokyo

The cost of 1 square meter of land and housing is very high.

This is not surprising, since land and space in Tokyo are sorely lacking. As far as I know, the highest prices are in the Ginza area. Therefore, there are not even residential buildings there, only expensive department stores, boutiques, offices, restaurants and nightclubs for wealthy clients.

When you arrive in Tokyo, the first impression will be that this is a futuristic metropolis. Tall buildings, some kind of automatic machines on every corner, modern high technologies, high-speed trains, the latest fashion trends.

But on the other hand, if you walk around Tokyo, and if you read about its history and sights, you already know and still learn that Tokyo has also managed to preserve its traditional culture very well. Both modern and traditional culture, past and future coexist side by side in this city. I think that anyone who has visited and lives in Tokyo will advise you to definitely visit Sensoji Temple. Sensoji is a Buddhist temple located in the ancient district of Asakusa. It is also considered the oldest temple in Tokyo. Many guests of the capital visit this temple, because it is quite well preserved and generally one of the most beautiful temples in Japan.

Sensoji Temple is one of the most famous temples among tourists in Tokyo. There you can see not only the temple and the pagoda, but also walk along the colorful Nakamise-dori street, which sells a wide variety of Japanese souvenirs for every taste and color. So be sure to check it out.

In one of my notes, I already wrote about Yoyogi Park. The park is located near Harajuku Station, next to Meiji Shrine. This park is one of the most suitable places to relax after school or work. And also if you were actively engaged in shopping in Harajuku, then at the end you can also relax in this park. Yoyogi Park is also very good for a picnic. There are also occasional flea markets.

If you are in the park, then at the same time I advise you to visit the Meiji Shrine. It’s very close to Harajuku station. This is a shrine dedicated to Emperor Meiji and Empress Shoken. If you’re lucky, you might catch a traditional Japanese wedding there on a Sunday morning.

Be sure to visit the artificial island of Odaiba when you arrive in Tokyo. They say his platform is made from recycled trash. But don’t worry, you won’t notice it. Odaiba is a shopping and entertainment area. There are entertainment centers, a museum, shops, restaurants and parks.

It is worth visiting the Joypolis gaming center.

But you can leave a lot of money there 🙂 And also a huge exhibition center of Toyota. It’s free. The latest automotive innovations of the company are presented in the center. Everything can be touched. And almost everywhere to sit and steer 🙂 And even the kids have a lot of fun in the form of physical experiments. 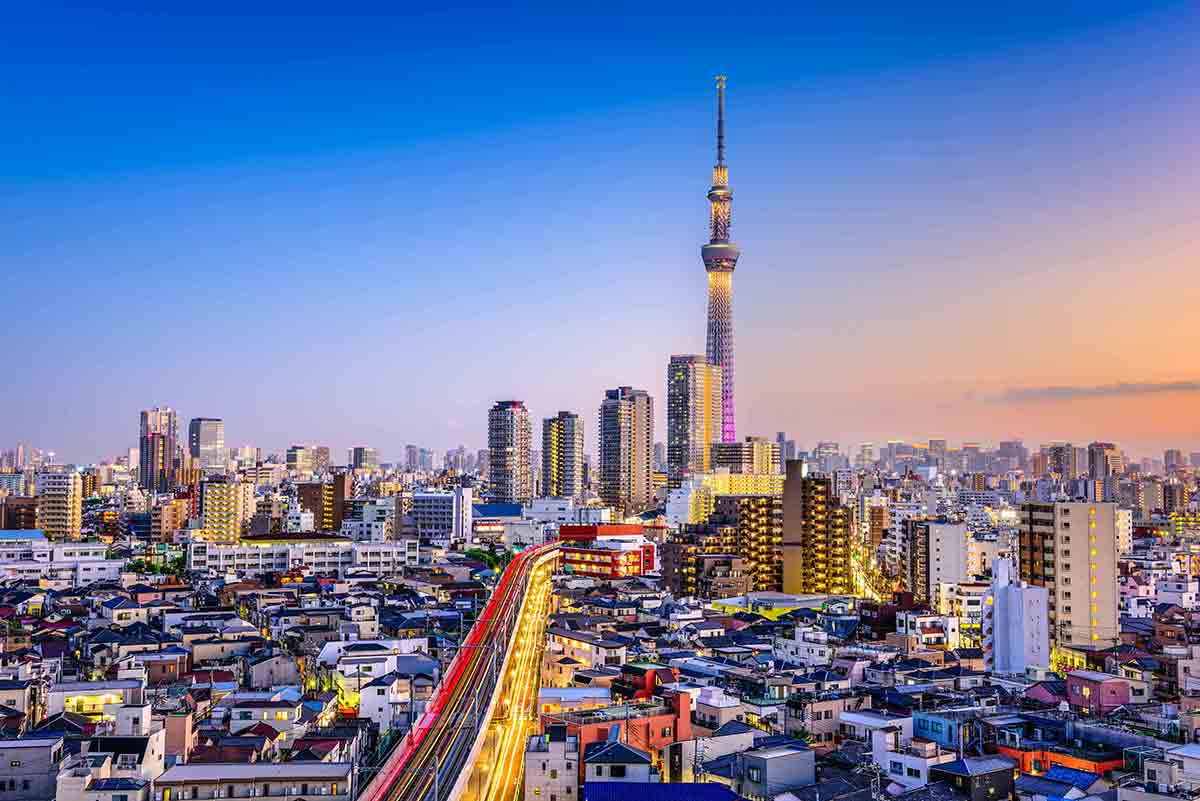 You can get to Odaiba on a monorail that does not have a driver.

You can also take a boat from Asakusa. You can also choose the Rinkai line and drive through the underwater tunnel.

Another must see place is Tokyo Imperial Palace and Oriental Gardens near it. The Imperial Palace is the residence of the Emperor of Japan. It is surrounded by gardens and contains several offices, residential buildings and the main palace. You won’t be able to visit the palace itself, they are allowed to visit it only 2 times a year – on the emperor’s birthday (the current one was born on December 23) and New Year’s on January 1. However, the Eastern Garden in the Imperial Palace is open to the public on certain days and hours.

Of course, one cannot ignore the well-known electronic city – the Akihabara area. This area is the largest city of the most diverse electronic products in the world. Akihabara is also a very popular place for anime and manga lovers, as well as maid cafe lovers.

Later, in September 2001, the Tokyo Disney Sea was also opened, which has a marine theme and is already more focused on adults. There, for example, unlike Disneyland, they sell alcohol in restaurants.