Shinto – the way of the gods

Shinto is the original religion of Japan, in terms of the scientific definition of the term. However, Shinto (as the Japanese usually say) is more of a way of thinking than a religious belief. In Shinto there are no sacred texts, clearly prescribed prayers, fasting and restrictions on any food. Shinto (神道) is the Way of the Gods.

In Shintoism, unlike Buddhism (the second religion of Japan, which came from China), there is no founder, and it is also not possible to determine the exact time of its origin, since Shinto is the result, or rather, the highest point in the development of animistic beliefs of ancient peoples who once lived in Japan (Jomon period (13,000 BC – 300 BC)).

Shinto suggests that everything that surrounds a person has a spiritual essence “Kami” (神).

Kami can live in both animate and inanimate objects, they can also control natural phenomena or personify its individual elements. Kami can also be patrons and protectors of the clan. 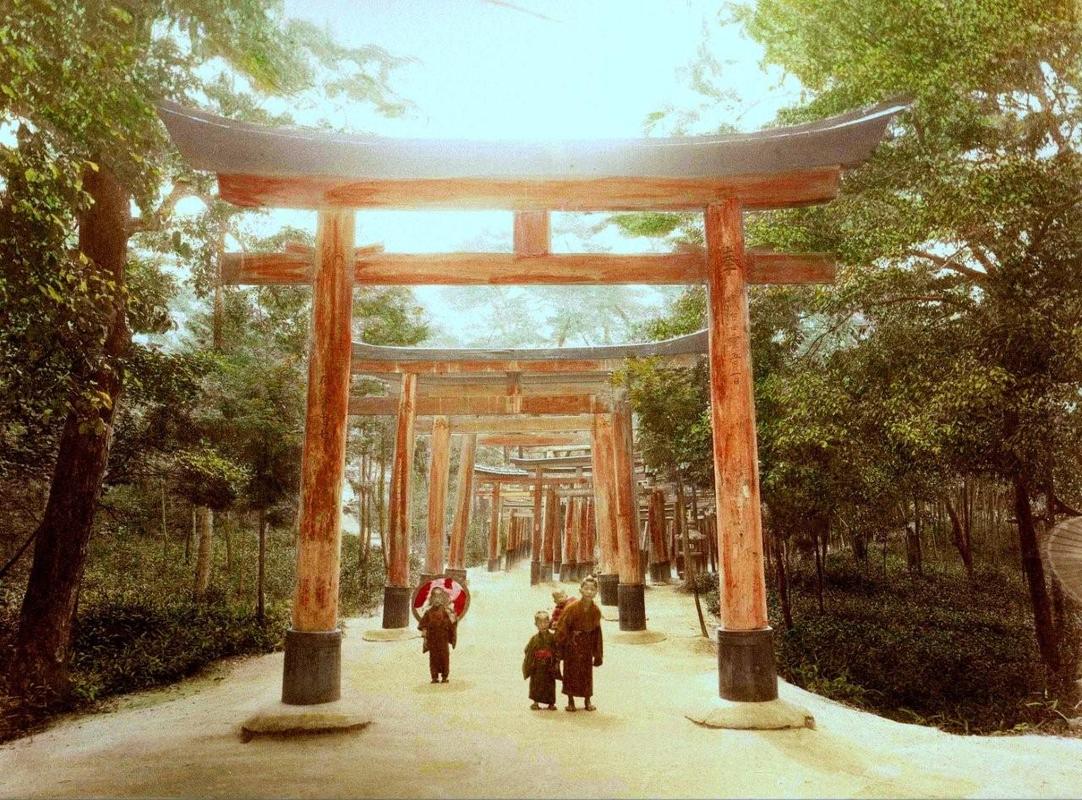 In contrast to the Kami (who are not the embodiment of either good or evil, since they personify everything that exists), there is also “They” (鬼) – demons that can turn into people. Initially invisible, however, under the influence of Buddhism, they are often depicted as ogre-like red-skinned creatures with huge fangs. It is believed that evil people can turn into Oni.

Every year on February 3, Japan celebrates the Setsubun (節分) festival, which is associated with the Mamemaki (豆撒き) ritual to exorcise Oni demons.

The basic principle of the Shinto philosophy is life in harmony with Nature, Kami and people. Initially, in this world everything is harmonious; evil is a violation of harmony or its absence at all. On this statement, the basic principles of Shinto are built:

There are many gods in Shintoism and the spectrum of their influence is very diverse (from large-scale geometeorological phenomena to the little things of everyday life).

In Shinto, the Goddess of Creation and Death, Izanami (イザナミ) and her husband Izanagi (イザナギ), are considered creator gods. It was they who created the “Great chain of eight islands” (Japanese islands):

Awaji, Iyo (Shikoku), Oki, Tsukushi (Kyushu), Iki, Tsushima, Sado, Yamato (Honshu). However, the islands of Hokkaido and Okinawa were not part of the Japanese archipelago in ancient times.

The supreme deities are especially revered:

the Sun Goddess Amaterasu (天照) and her brothers, the Moon God Tsukiyomi (月読) and the Sea and Wind God Susanoo (須佐之男).

The Goddess-God Inari (稲荷) (can be depicted as both a man and a woman), who is considered the deity of abundance and the patroness of rice (cereal crops), fertility, handicrafts, also has a significant role in Shinto.

Also with special reverence in Shinto are the Shichifuku-jin (七福神) “Seven Gods of Fortune”:

Ebisu (えびす) – god of luck and hard work; patron of fishermen and merchants;
Daikoku-ten (大黒天) – “Great Black”, is considered the kitchen god, as well as the god of wealth; patron saint of peasants;
Bishamon-ten (毘沙門天) – the god of wealth and prosperity; the patron saint of warriors, doctors and servants of the law;
Benzai-ten (弁才天) – the deity of water, as well as wisdom, arts, love and knowledge;
Fukurokuju (福禄寿) – the god of happiness, longevity and wisdom;
Hotei or Budai (布袋) – the god of compassion, good nature and prosperity;
Jurojin (寿老人) is the god of longevity.

It is worth noting that in Japanese culture, Amaterasu Omikami (天照大神) is identified with the Buddha of Immeasurable Light Mahavairochana (Buddha Great Radiant Sun), and is the progenitor of the Japanese imperial family. Also, according to the philosophy of Shintoism, not only the emperor, but all Japanese are of divine origin (which they (Japanese) really believe in).

However, in 1946, after the end of World War II, under pressure from the United States government, Emperor Showa (Hirohito) refuted the concept of divine origin in the document “Ningen-sengen” (人間宣言), which means “Declaration of Human Nature”.

But in this document, as many experts note, the term akitsumikami (現御神) was used, which can be translated as “deity” or, more accurately, “incarnate deity”, but there is also another term arahitogami (現人神), which means “living God” or “God incarnated in human form.” Thus, the Emperor is not an akitsumiki (deity), but this does not prevent him from remaining an arachitogami (God, in the guise of a man). Therefore, in fact, the emperor did not renounce his divine origin. 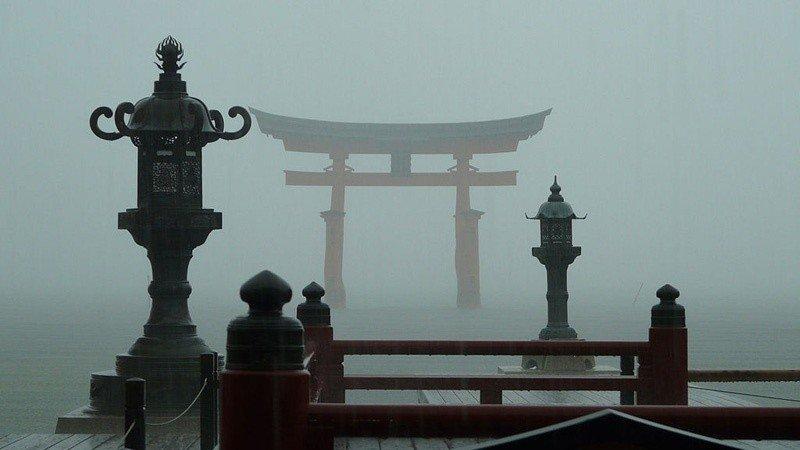 In general, there are about 90 thousand Shinto shrines in Japan, including even natural objects (mountains, rivers, etc.).

In Shintoism, an integral part of any sanctuary are: an altar for offerings and ritual gates (Tori), which fence off the shrine from the outside world.

Also, almost all Japanese houses have small altars, as a sign of respect and reverence for the ancestors.

Shinto closely echoes paganism, which it probably was at the beginning of its formation, and this gives reason to believe that one stems from the other. That is, the mythological aspects of the life of the ancient peoples of Japan were formed into a certain concept, which served as the natural formation of the Shinto philosophy.

In Japan, two religions “coexist” at the same time:

Shintoism (the original Japanese religion, the essence of which is the animation of the world around) and Buddhism (which came to Japan from China in the middle of the 6th century, the basis of whose philosophy is self-knowledge and enlightenment).

However, despite all the differences, these religions not only managed to integrate, but also qualitatively complement each other. And since they have been “interacting” in the Land of the Rising Sun for a very long time, most modern Japanese do not even think about their differences, and perceive this synthesis as a single religion.