Many people know that the capital of Japan is Tokyo. What do you know about this metropolis?
Tokyo is an amazing city. It amazes, delights and shocks at the same time. Many of its districts are attractions in their own right. For example, if in European cities there is at least some centralization of attractions, then with Tokyo, the situation is different – it does not have it. Tokyo itself is a landmark and an artifact rolled into one.

Acquaintance with Tokyo begins with the Narita airport (most often from it for foreigners). standard airport. As in any unfamiliar place, you can get lost, but you can always ask for help from an employee at the information desk.

Taxis in Tokyo are expensive (when landing, there are already about 700 yen, which includes the first 2 km, after which every minute counts (literally), since 1 min = 90 yen). Therefore, it is more expedient to take the train and get to Tokyo Station. Well, then, here it is happiness – acquaintance with the Tokyo subway. It makes no sense to study the length and breadth of the metro map (trains can change lines), it’s better to ask someone how to get to the desired station. (You do not need to know Japanese or English well for this, just call the station – you will be understood and helped).

But, if possible, before the trip, you should install the Norikae Annai application on your phone (you can download it through Google Play). This application determines the most optimal path based on the given coordinates, and also calculates the travel time.
Also, it is worth noting that in Tokyo, as in all cities in Japan, with the exception of Kyoto and Nara, the traditional house numbering system. That is, a typical Tokyo address looks like this: district name (ku), neighborhood/street name (machi), block number (tyoume), house number. However, the numbers are counted in a circle counterclockwise.

There are many hotels in Tokyo, share-house and guest-house (Fujimi house; Sakura House, etc.), so there should be no problems with accommodation. Unless, hotel rooms are expensive, and in a guest house you can rent a room for one for a month much cheaper than a hotel. And besides, since a lot of people from different countries stay there, and even the Japanese themselves often live there to save money, you will have a very diverse social circle.
When it comes to food, everything in Japan is about food. There are a lot of small cafes and restaurants in Tokyo, even European cuisine. In small cafes, at the entrance, there is a vending machine with dummies of dishes that can be ordered. You just need to choose, pay and go to the waiter with a check. 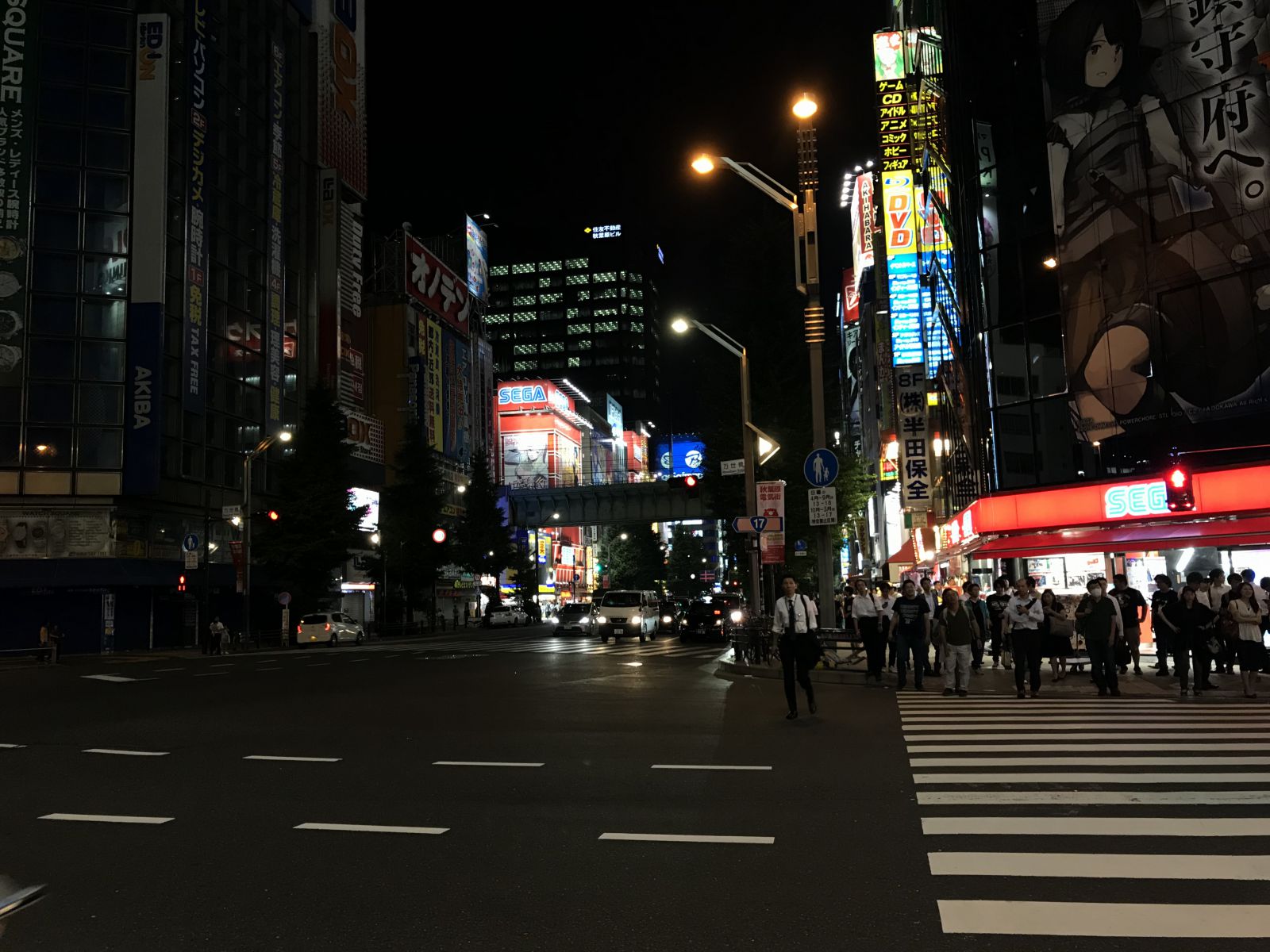 With restaurants, everything is more complicated – the menu is in Japanese, without pictures, and without indicating prices. And if you do not know Japanese, and quite well, you will hardly understand what dishes are offered to you on the menu. You can, of course, consult the waiter … if you’re lucky, and it turns out that he speaks English … which is rare in Japan.

Each district of Tokyo is something special that is difficult to describe, and why? After all, everyone discovers their own Tokyo …

The Asakusa area is primarily a Buddhist temple, Senso-ji, which is definitely worth a visit. The Tokyo Sky Tree, the world’s tallest TV tower, is located in the same area.

Or Akiba. This is the world of high-quality electronics, even for a budget tourist. Well, part-time, otaku and cosplayers also live here.
Ginza

The Ginza area is a rich shopaholic’s paradise. There are many expensive western brand shops here.

The Ginza area also has restaurants and cafes for all tastes and budgets, museums and galleries, as well as nightclubs.
Odaiba

This is an artificial island in Tokyo Bay, connected to central Tokyo by the Rainbow Bridge. The island has been a garbage dump for a long time. But in the 90s. on the site of this dump, it was decided to found a new area.

Also, not far from Shimbashi Station, all fans of Hayao Miyazaki can see the huge doll clock “Magic Miyazaki Clock”. The fight of the clock is accompanied by a very interesting performance (“they strike” five times a day).

The Many Faces of Roppongi

Roppongi is the center, literally. The area is located in the center of the Yamanote Line ring. This area is known to all foreign tourists Tokyo Tower – Tokyo Tower.

The offices of large Western corporations are also located here, as well as many Embassies of different countries, for example, Russia.

In fact, during the day, Roppongi is a business center, but at night (more precisely, after 22.00) it is already a large party center, where clubs and bars are open until the morning.

Shibuya is a mini-town. It is always noisy here, there are many shops, and here is the most famous crossroads. An unusual look is given to him by his peculiar zebra.

Another attraction of the area is the Hachiko Monument (ハチ公 – hachi (ハ) – eight; kou (公) – after the surname: duke, prince) – since Professor Ueno had the eighth dog.

The main “attraction” of this area is Yoyogi Park, which is also one of the main parks in Tokyo, in which many festivals are held annually. 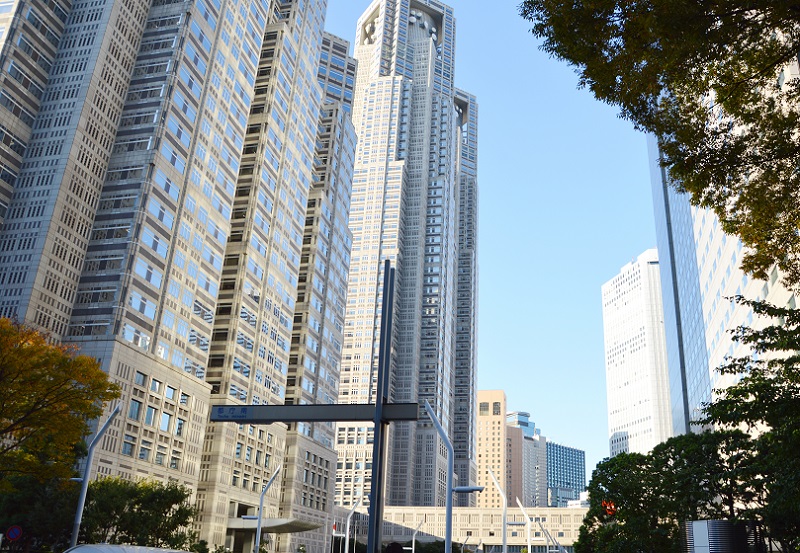 The local metro station is also the largest station in the world. Shinjuku is home to many skyscrapers and the famous “tax tower” – Tokyo City Hall.

The Shinjuku area can also be divided into two parts:

Kabukicho is something like a red-light district. Only for locals (Japanese), entrance is closed for foreigners.

Golden Guy is a few quarters of small bars, where the owner and the waiter, and the bartender, and the interlocutor. Everything around creates a pleasant, friendly atmosphere.

Beautiful descriptions in colorful travel brochures…. But to get to know the real Tokyo, it is better to go at least for a month. Albeit not for long, but try to “join” in his life.

And then, among the skyscrapers, you will see small houses with gardens, a cat lying lazily at the entrance to Takeshi-san’s small bakery, where, perhaps, you yourself have bought something tasty for breakfast more than once …

Hear the amazing stories of grandfather Ikeda, most of which you probably won’t understand, which is completely unimportant – after all, this is the very real Tokyo – its people with their worries, hopes, stories.